Try the following to help relieve your symptoms:

Any of these remedies can work well along side Acupuncture treatment designed to reduce your symptoms. 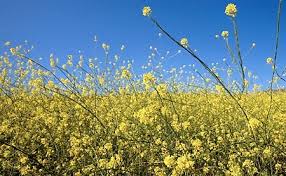 Hay fever is an allergic reaction to pollen. Your immune system (your body’s natural defence) responds as if it were being attacked by a virus, because it perceives as the pollen as a threat.

Your immune system will release a number of chemicals designed to prevent the spread of what it wrongly perceives as an infection. These chemicals cause the symptoms of the allergic reaction, such as watering eyes and a runny nose.

When is there most pollen?

Most people with hay fever (90%) are allergic to grass pollen, but it can also be caused by trees and weeds. Research suggests that pollution, such as cigarette smoke or car exhaust fumes, can worsen allergies. In Britain there are three periods:

However, the pollen count season can sometimes begin as early as January or end in November, depending on weather conditions.

My areas of special interest

This website uses cookies to improve your experience while you navigate through the website. Out of these cookies, the cookies that are categorized as necessary are stored on your browser as they are essential for the working of basic functionalities of the website. We also use third-party cookies that help us analyze and understand how you use this website. These cookies will be stored in your browser only with your consent. You also have the option to opt-out of these cookies. But opting out of some of these cookies may have an effect on your browsing experience.
Necessary Always Enabled
Necessary cookies are absolutely essential for the website to function properly. This category only includes cookies that ensures basic functionalities and security features of the website. These cookies do not store any personal information.
Non-necessary
Any cookies that may not be particularly necessary for the website to function and is used specifically to collect user personal data via analytics, ads, other embedded contents are termed as non-necessary cookies. It is mandatory to procure user consent prior to running these cookies on your website.
SAVE & ACCEPT